The brief asked for an inclusion of the two new city theaters to be used by the Academy students and staff for teaching and simultaneously act as the new cultural centers for the events happening at the level of the city. 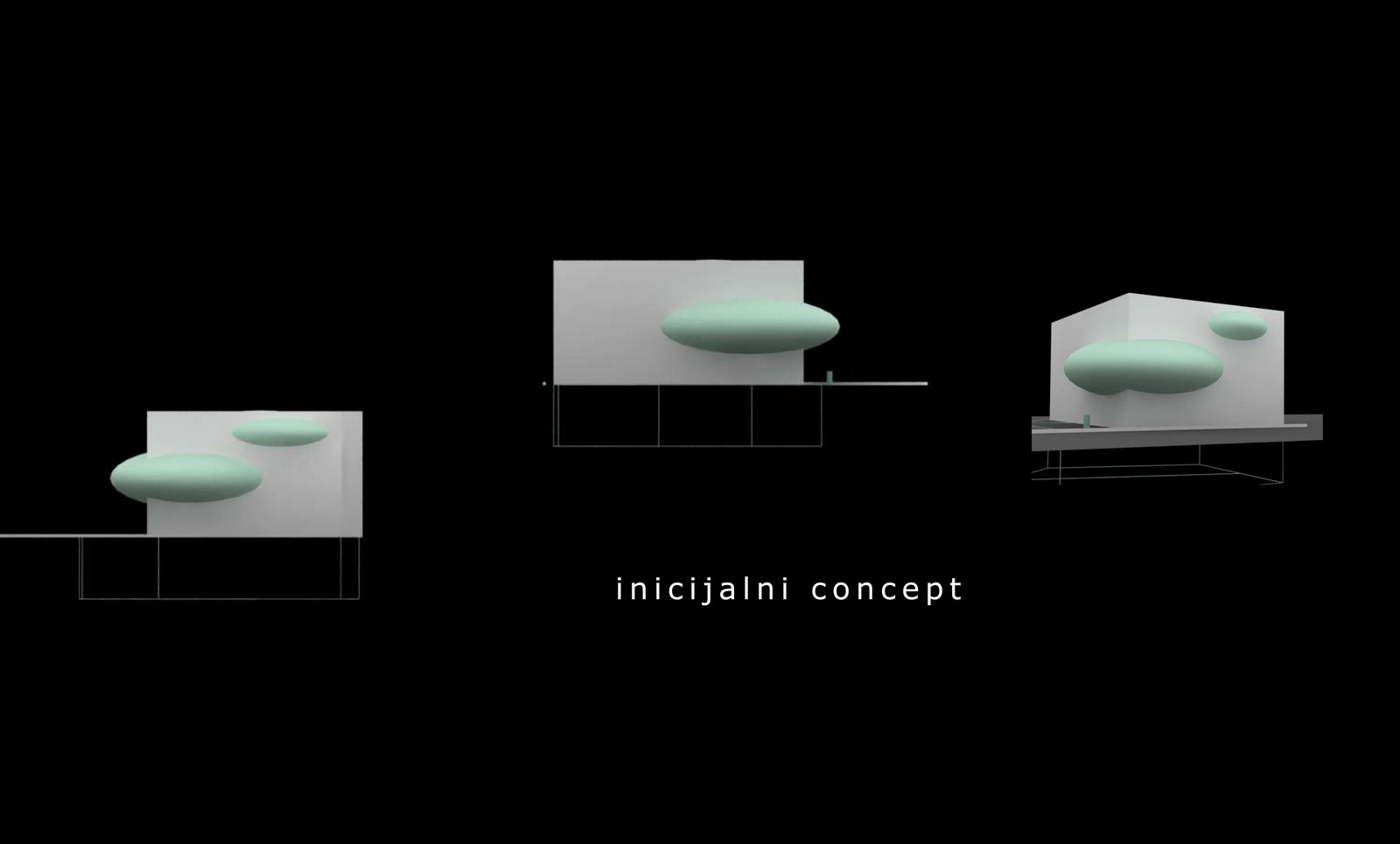 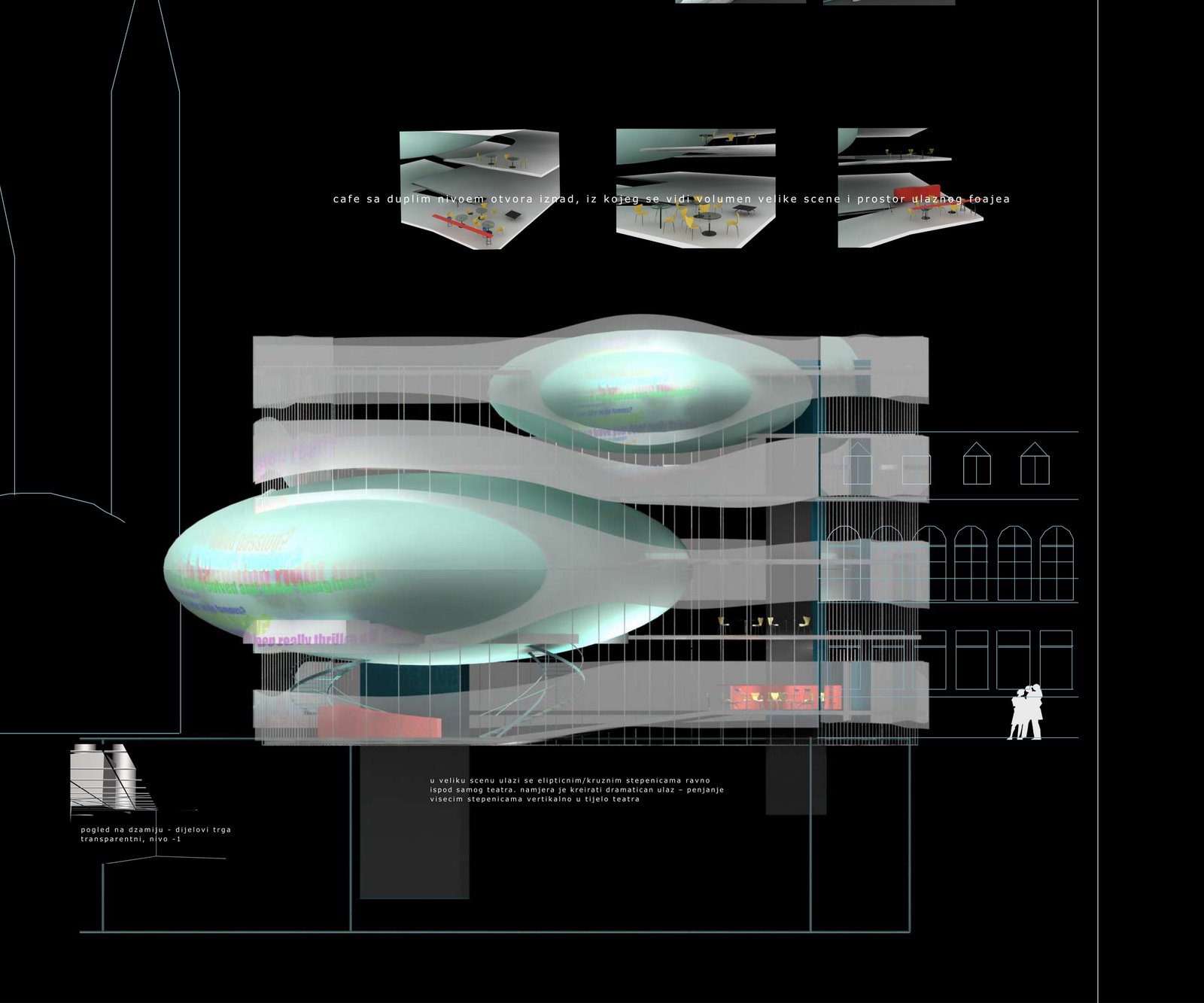 The intention was to make a strong presence of the Academy building and the two new theaters in the city of Sarajevo, rising the awareness and been a positive influence on the general consciousness and culture.

With its presence, the 'bodies' of the theaters would be changing energies in the city, impacting the urban structure and the physical matter of the Academy. In the wider context, they would also influence a general consciousness and hope to give some new perceptions. 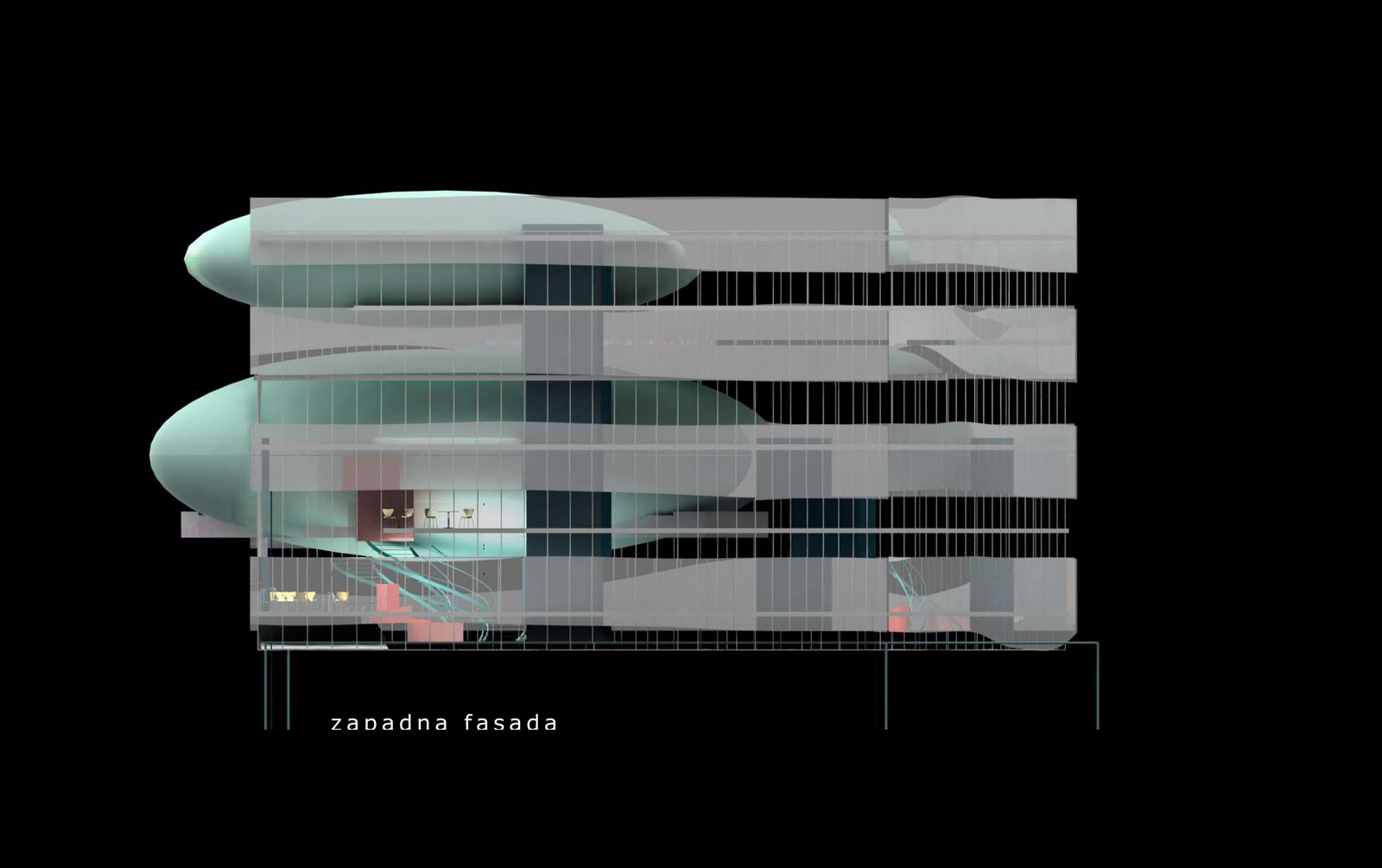 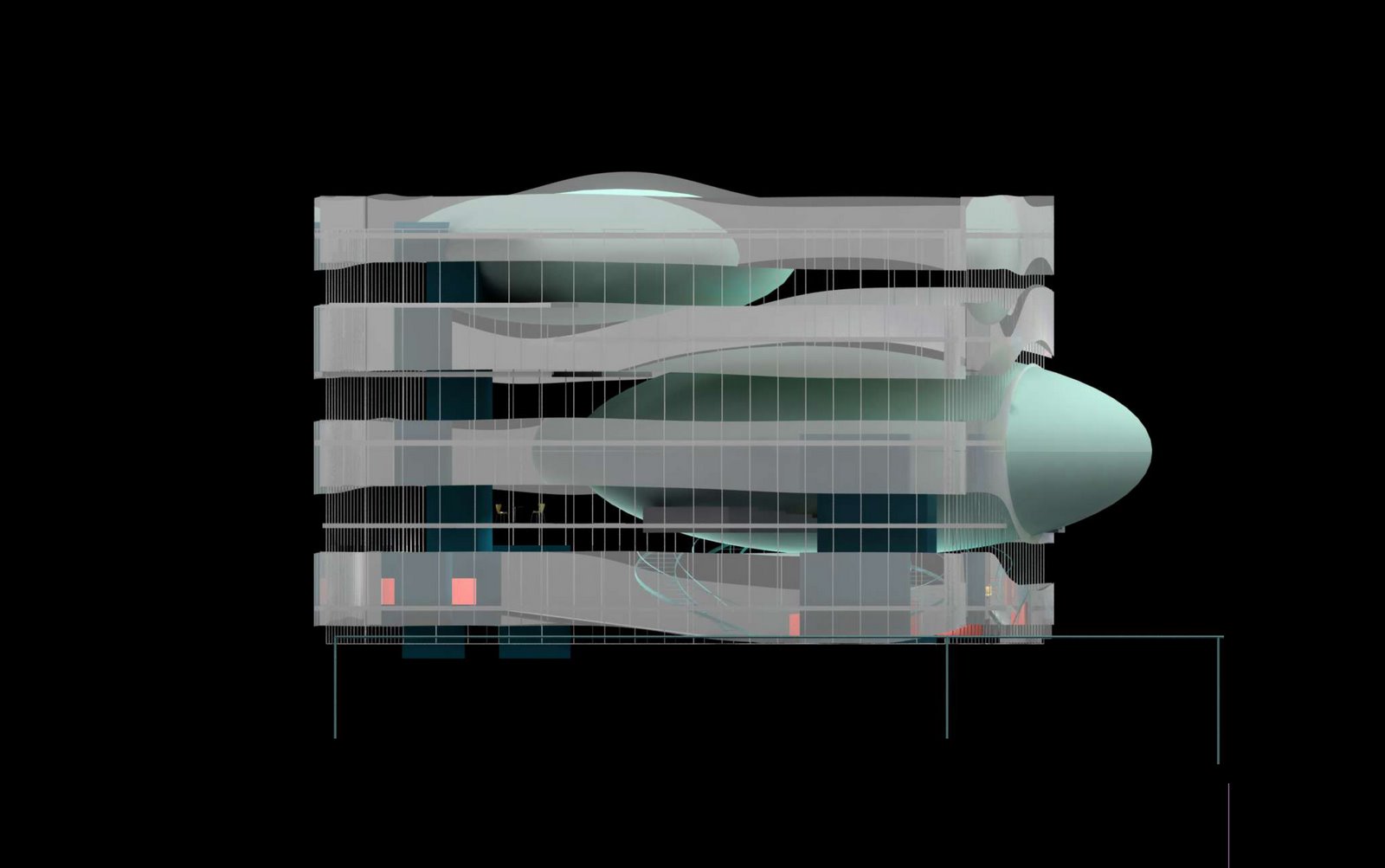 Theaters as 'live bodies', present physically and spiritually in the city of Sarajevo and in the Academy, continually changing them. 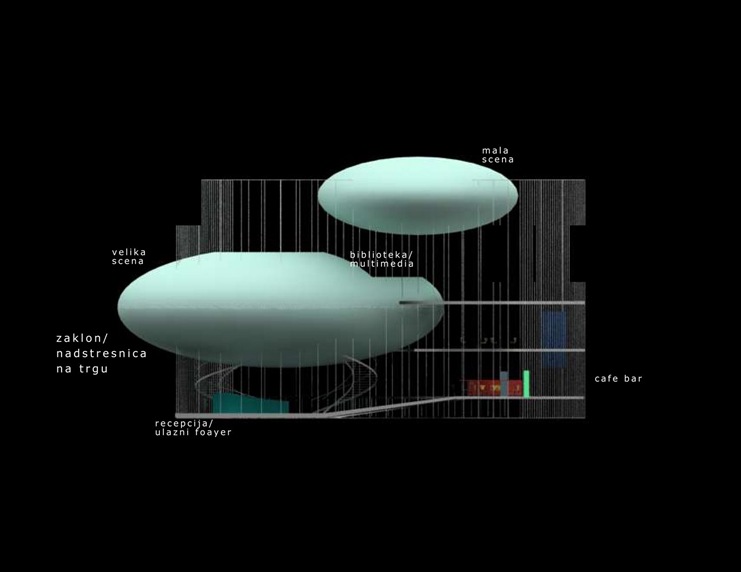 Visible and present inside the Academy and externally, the theaters still stay a mysterious, enclosed worlds. The insides of the two theaters are a sort of 'wombs' where the future actors, film directors, scenographers and dramatists are been 'hatched' and 'born'. These introverted environments are there as a place where they can grow and develop. Inside apparently enclosed spaces, there are infinite possibilities, worlds which are free to happen, imagination been the only limit. 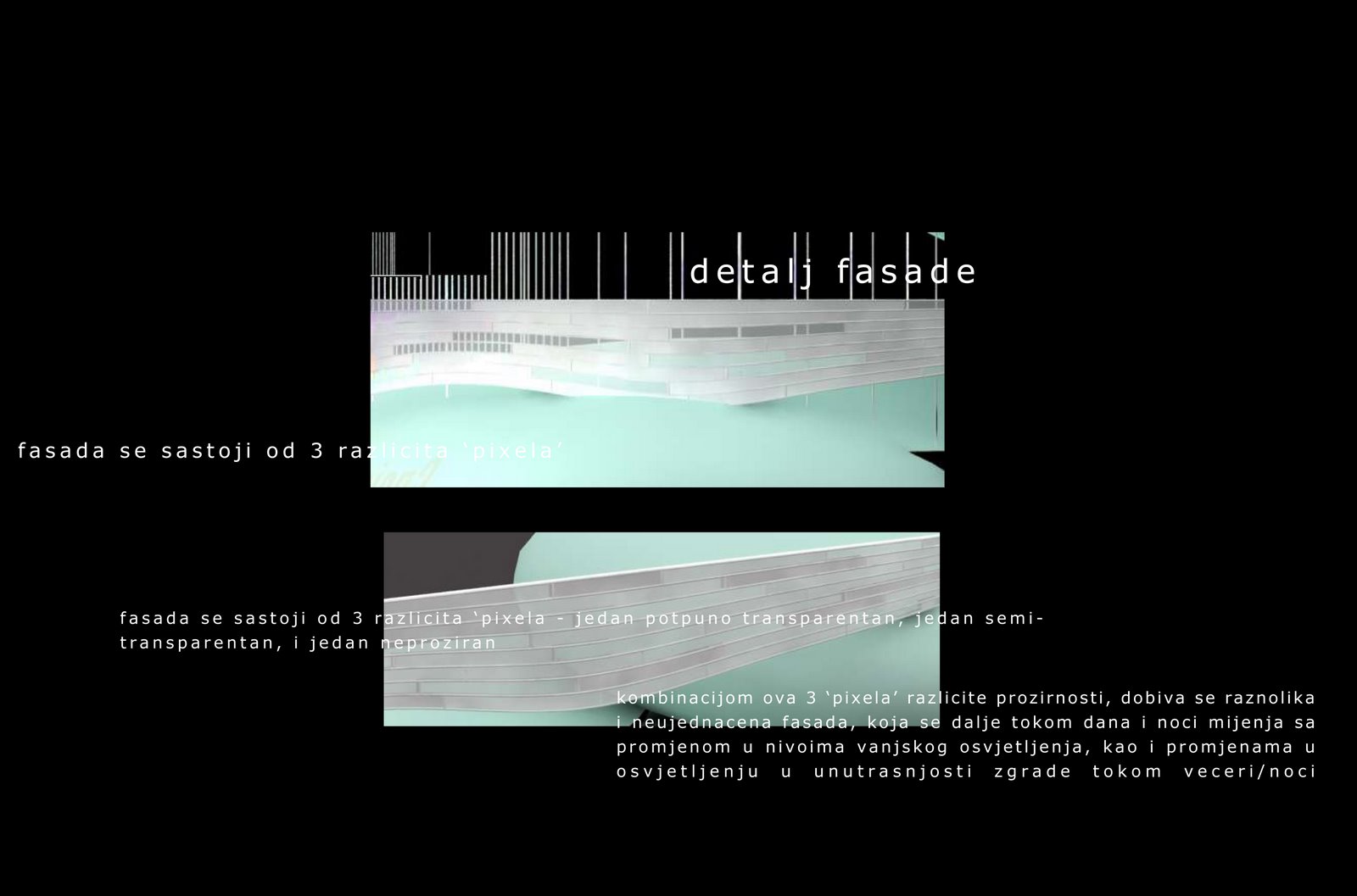 In terms of the geometry and materiality, the 'bodies' of the large and small scene are distinctive from the rest of the Academy building. The rest of the facade is 'pixelated', made of 'pixels' of three different qualities - a transparent, semi-transparent and opaque. Combination of these 3 pixels of different levels of transparency, with the changes in internal and external lighting, and various events inside the building, a varied and animated facade is achieved. 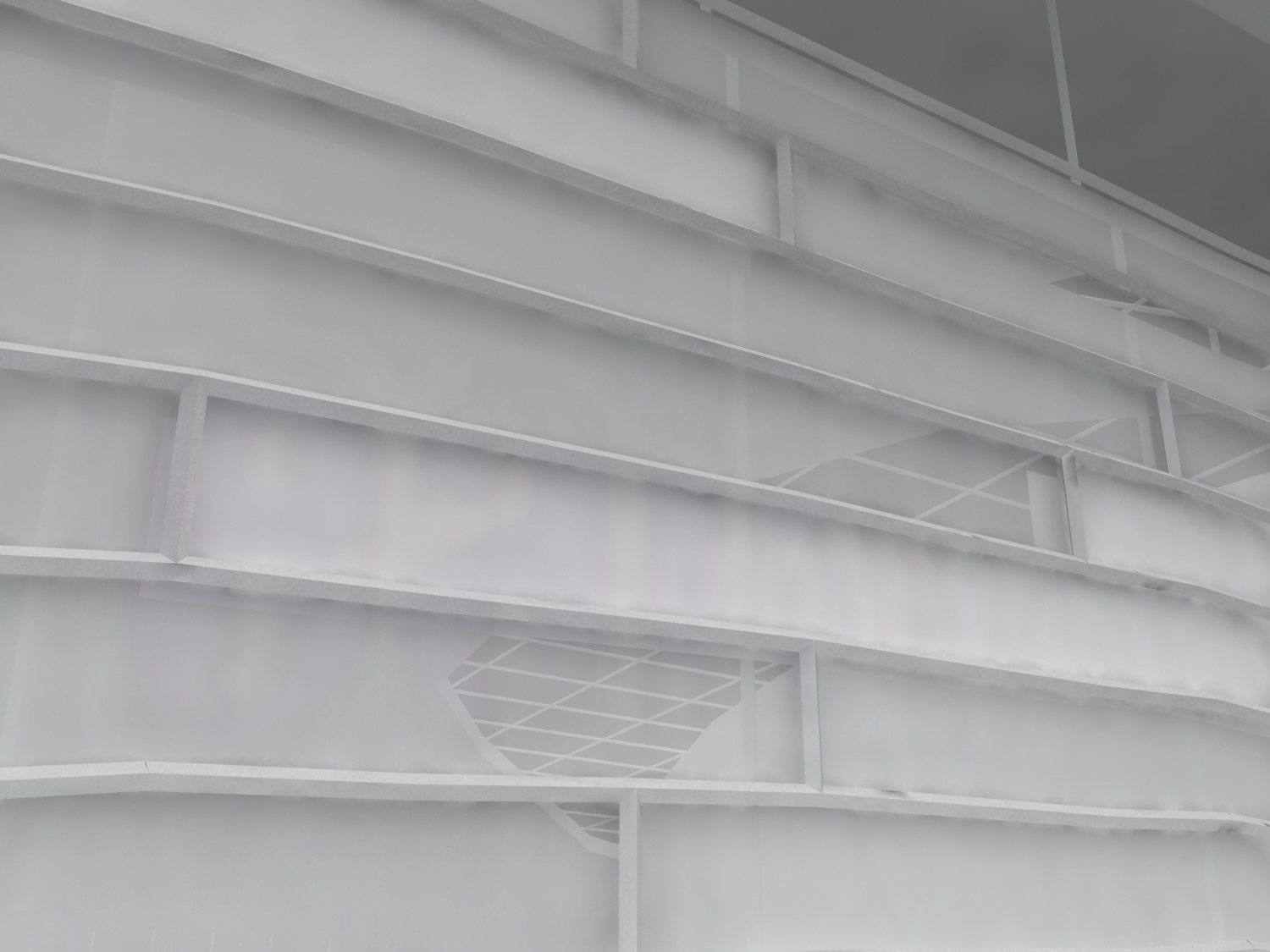 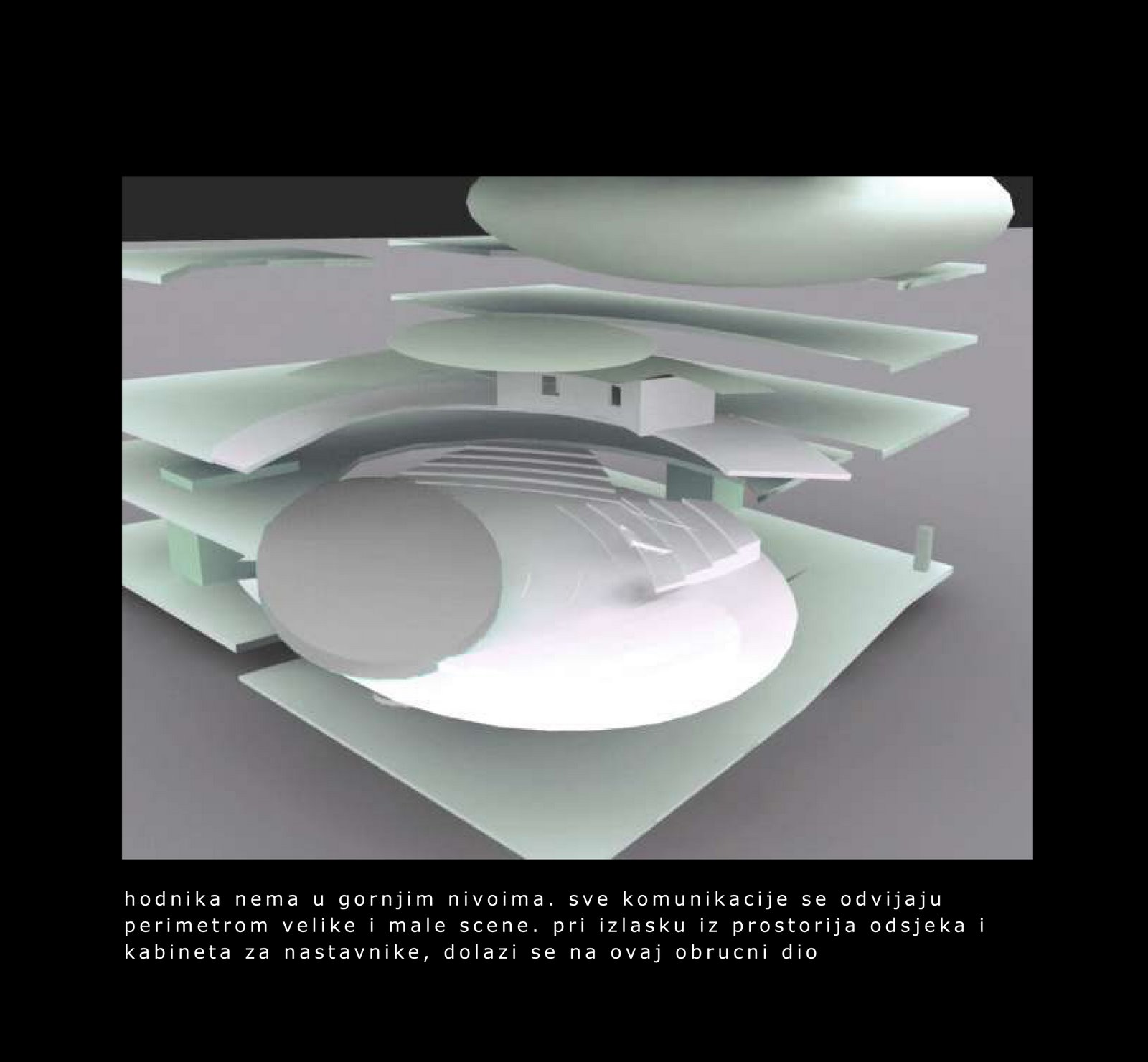 Inside the Academy, the two theaters become main centers of the school, a meeting points for the students and places for the exchange of the ideas. All the social spaces are located along the perimeters of the theaters. The 'roof' of the main scene becomes a library with the adjacent media rooms.

The building has no corridors - circulation and communications happen around the perimeter of this 'center bodies'. They connect all the teaching departments and the teachers offices.

The smaller theater is positioned on the level of the roof, high at the top of the Academy. During the summer film festival, this space opens up to become an open air cinema with the exit on the roof terrace from which the city of Sarajevo can be seen. 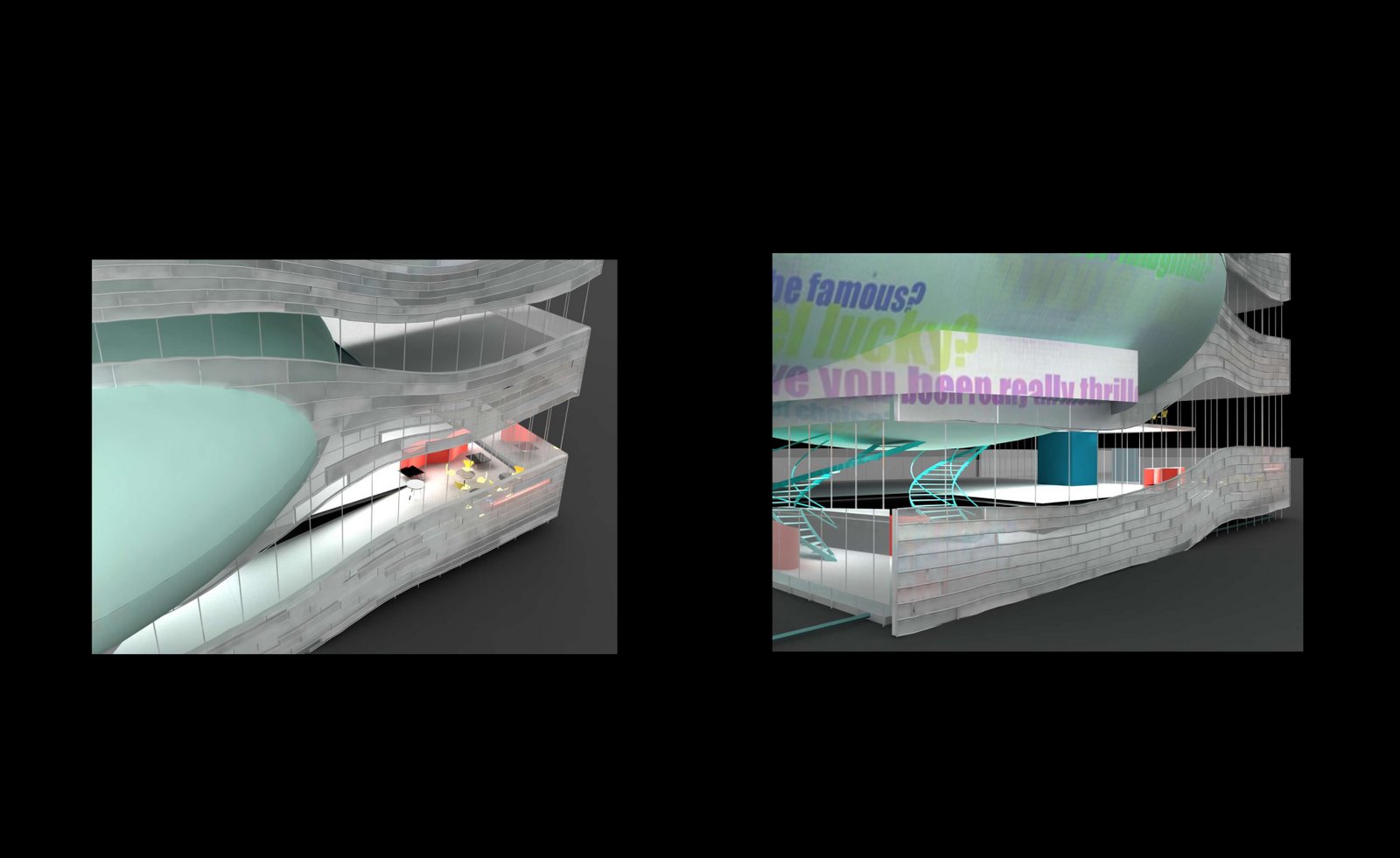 view of the entrance


The entrance is beneath the 'floating' theater that is suspended above the entire entrance foyer and also forms its ceiling. The stage and the actors and the public are in the 'floating' body above it. One arrives to the cafe following the ramp from the entrance foyer. Above the cafe there is a double height space from which the volume of the large theater can be experienced. 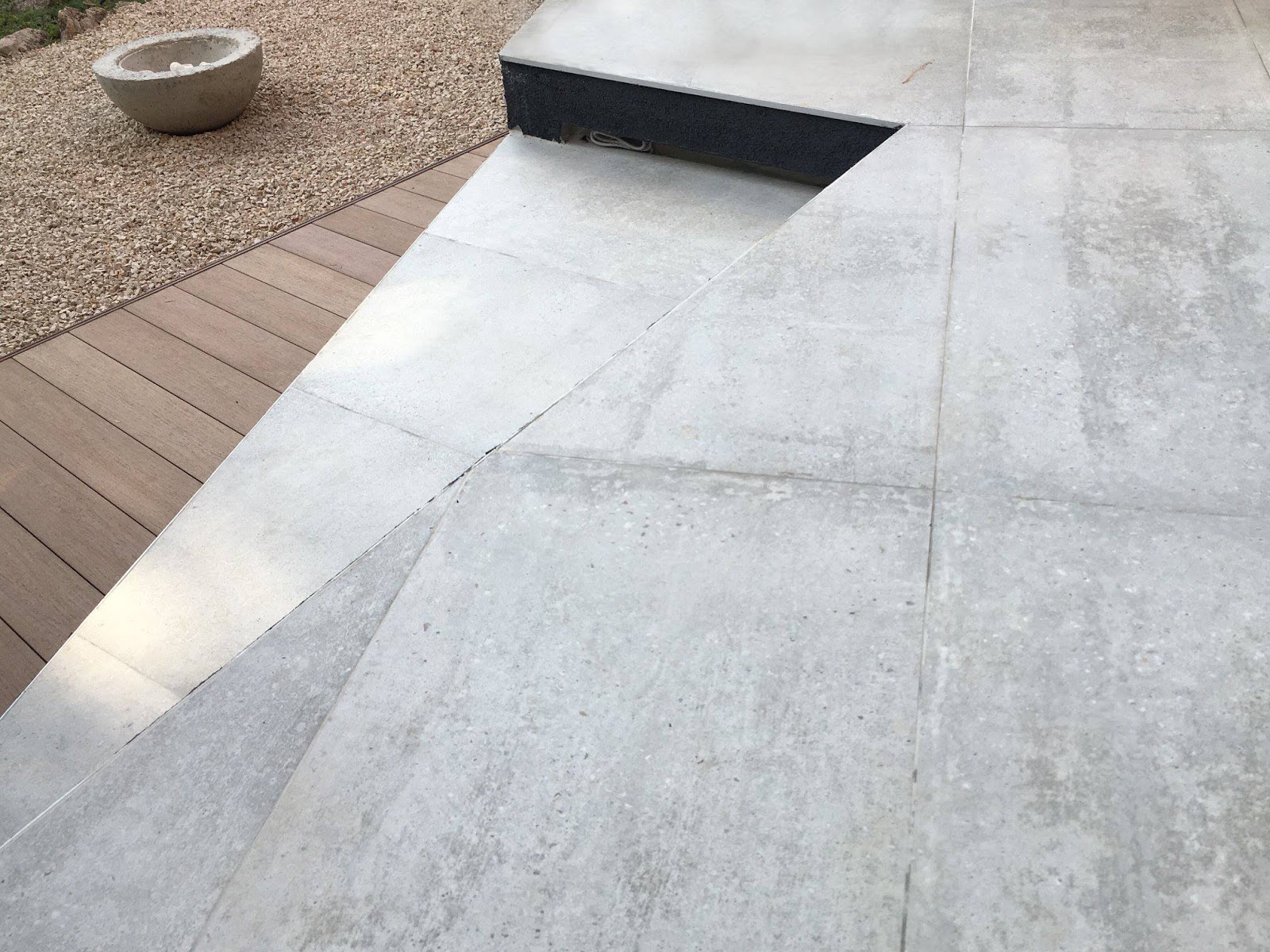